Having had a Toyota GT86 for a while I quite enjoyed the built-in rev alarm and winding the engine all the way round, until an old lady made it an insurance write off. Though, I did have the luxury of driving a BMW 430d M Sport hire car from my insurance for a few months. I now have a 2006 Honda Civic Type-S GT hatchback, and really miss that alarm (and the rest of the 86, really). 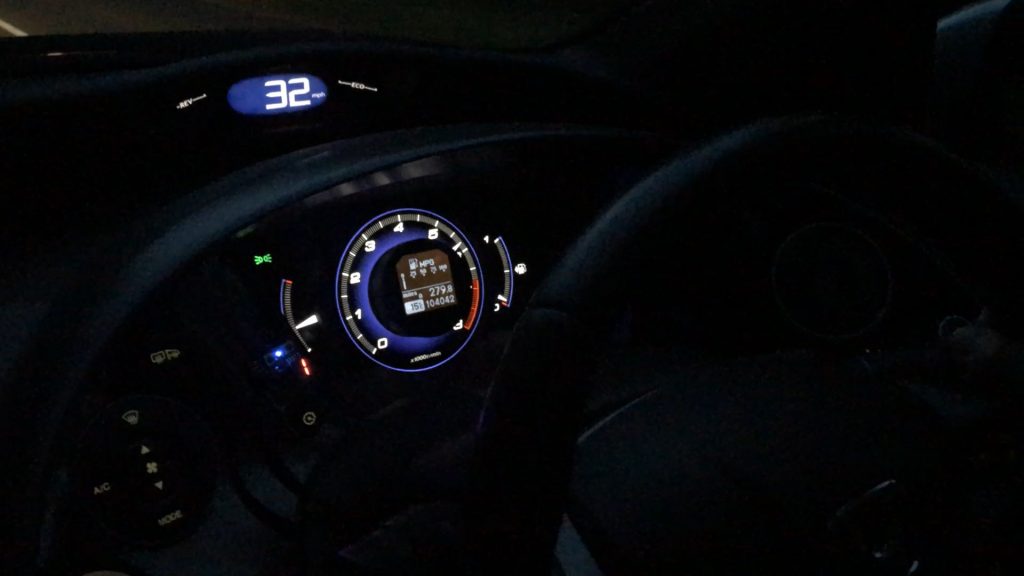 So… lets make a DIY rev alarm! Using an Arduino and a cheap MCP2515 module I sniffed the traffic between an ELM327 diagnostics tool and the Civics OBD-II port. I found that the CAN bus runs at 500Kbps, and spews out a lot of standard 11-bit ID CAN messages. By issuing the ‘010c’ command to the ELM327 to request the engine RPM parameter I saw that it was sending extended 29-bit CAN messages with an ID of 0x18DB33F1, and that replies had an ID of 0x18DAF110 (I won’t be going into specifics about the OBD-II protocol regarding physical and functional addressing here, googling the two hex numbers returns some interesting results). Great! That was all I needed to get the project started.

The rev alarm plugs into the vehicles OBD-II port, and contains an RT6200 buck regulator to drop the cars 12V down to around 5V, which is used to power the ATmega328P microcontroller, MCP2515 CAN controller and MCP2561 CAN transceiver.

The Arduino platform and this MCP2515 library were used to code up the device. The alarm trigger point is set by revving the engine to the desired RPM and pressing the button on the right. The 7 segment display can cycle between displaying the selected gear, RPM to the nearest 1000 or nothing by pressing the left button. The display brightness is automatically adjusted with the help of an LDR.

As the OBD port is always powered, even when the vehicle is off, the usual low power sleep features had to be coded in so the car doesn’t end up with a dead battery. Most of the electronics in the rev alarm draw no more than 70uA in sleep, however the buck regulator draws around 2.7mA. This is a little higher than I was hoping for, but it’s still low enough not to drain the battery for a long time.

The Arduino code and various other things are available on the GitHub repo.

This is a quick project I made to try out a 1.8″ colour LCD display from Ebay, the microcontroller code is very simple, after initializing the display it just waits for serial data and sends it str...