Recently I’ve been working on a network router using the Compute Module 4 and a custom base board with a Realtek RTL8111H PCIe Ethernet controller. Raspberry Pi OS doesn’t come pre-installed with the r8168 or r8169 driver needed for the RTL8111, but getting it compiled and installed is pretty easy. Or at least until I found out that it’s possible switch to a 64-bit kernel by adding arm_64bit=1 to /boot/config.txt! The kernel is 64-bit, but all of the user space programs are still 32-bit. This is fine since all of the routing hard work stays within the kernel anyway. The full 64-bit Raspberry Pi OS is still in development so I wanted to stick with the 32-bit version for now. 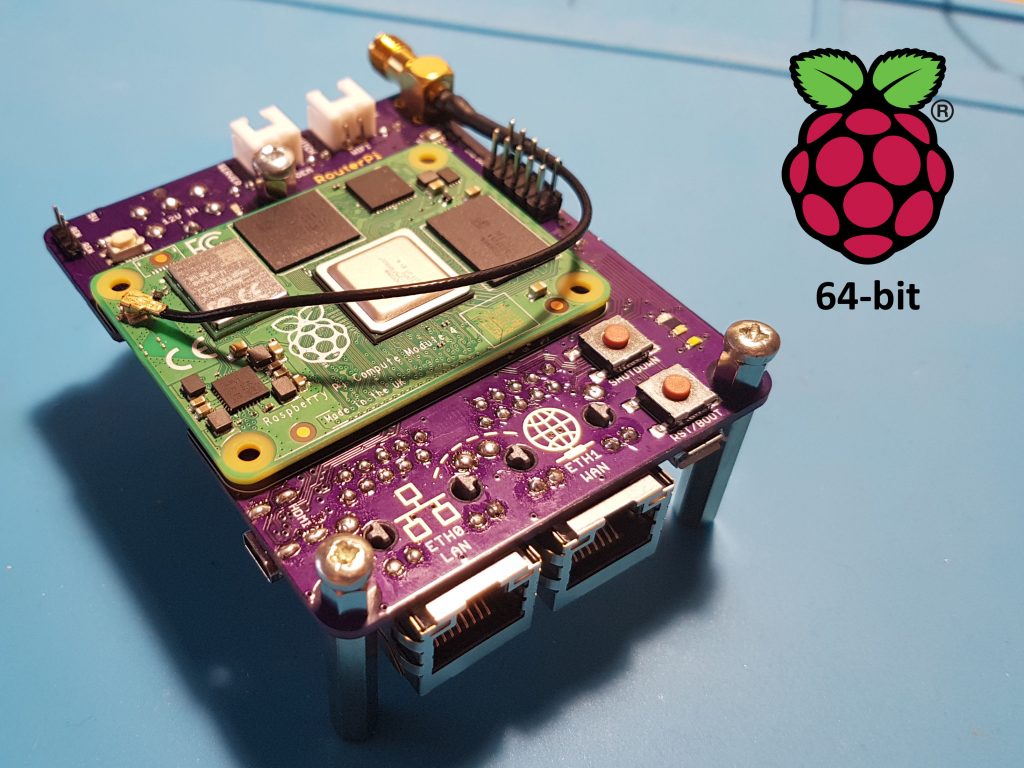 I’ve never really touched Linux kernel stuff before. The first hurdle was that the raspbian repository doesn’t have a cross-compiler for 64-bit ARM (aarch64) or headers for the 64-bit kernel. However, the kernel source which includes the headers can be downloaded from the Raspberry Pi GitHub repo. After more googling I found that the best way of getting an aarch64 compiler would be download the ubuntu arm64 base from http://cdimage.ubuntu.com/ubuntu-base/releases/ and follow the steps described here and here.

I was still getting errors though. Mainly about a missing modules.lds file, but copying that file from the headers of the 32-bit kernel (/lib/modules/5.10.17-v7l+/build/scripts/) seemed to fix it. It’s just a small text file that doesn’t seem to be architecture specific.

The module finally compiled! But now I was getting Exec format errors when attempting to load it. modinfo r8168 seemed to say that everything was correct; compiled for my kernel version and as aarch64.

After more hours of futile attempts I finally came across this commit in the RPi kernel repo which mentions:

Building an external module is exactly what I’ve been trying to do, so the make modules_prepare command looks promising! I ran the new command in the kernel source directory, recompiled the r8168 module and finally modprobe didn’t return an error! lsmod | grep r8168 shows that the driver has been loaded and a new network interface (eth1) appears in ip link show!

So, here’s the full set of commands needed to compile a 64-bit kernel module in 32-bit Raspberry Pi OS running a 64-bit kernel. There will probably be some warnings about missing symbols, but it doesn’t seem to be a problem.